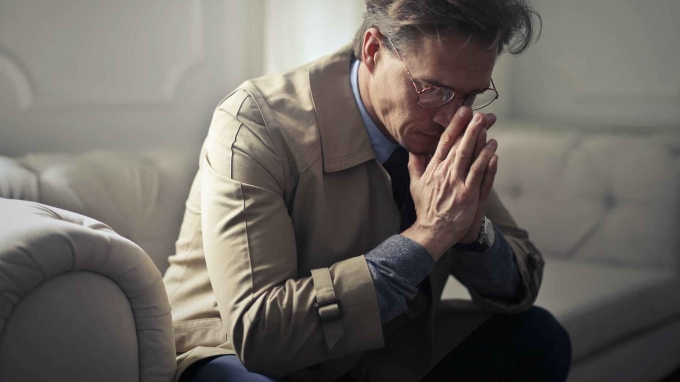 As Christians, we forget to realize our relationship to each person in the Trinity. Especially how to relate to the Trinity and deal with our sin. What about fighting our sin with God the Father? God is here to help us. After all, we know that man was made in the image of God (Gen. 1:26-28). Does this mean we are God? No, in fact this means that God created male and female in His own image and likeness. Although, man was created to reflect God and have the likeness of God, it does not mean man is also a God. Therefore, our actions reflect man’s relationship with God. When we fight against sin, we resemble that image more faithfully. The image of God (Imago Dei) is important as we learn to fight against any sin of partiality (James 3:9), knowing that we are created equally. A Christian who understands the importance of the image of God realizes that there is no room for racism, prejudice, injustice, and sexism. We all share in the image. To act in a way contrary to our relationship in the image of God is sin. We sin and therefore are responsible. As Christians, we must fight sin by going to God. Our responsibility to fight sin with God creates intimacy, a similar intimacy to Adam’s relationship with God. Theologians refer to Adam as the federal representative of our relationship with God. So how do we represent God by practically fight sin?

First, Realizing that Sin Brings Distance and Shame. We can all admit our shame when confronted with sin. In fact, sin can bring us to the depths of spiritual distance from God as well as physical depression (Ps. 32:1-4). You may be thinking of a particular time when you were ‘caught’ doing something you shouldn’t; or when you were reminded of a particular Bible verse that speaks against the way you acted. Perhaps this made you feel shameful or even physically ill? Shame and distance are a result of original sin, as Romans states:

“Therefore, just as through one-man sin entered into the world, and death through sin, and so death spread to all men, because all sinned.”

It is interesting to notice the immediate result of shame in Gen. 3:

Then the eyes of both of them were opened, and they knew that they were naked; and they sewed fig leaves together and made themselves loin coverings. They heard the sound of the Lord God … and … hid themselves from the presence of the Lord God among the trees of the garden. Then the Lord God called to the man, and said to him, “Where are you?” He said, … I was afraid because I was naked; so I hid myself.” And He said, “Who told you that you were naked? Have you eaten from the tree of which I commanded you not to eat?” The man said, “The woman whom You gave to be with me, she gave me from the tree, and I ate.” Then the Lord God said to the woman, “What is this you have done?” And the woman said, “The serpent deceived me, and I ate.”

Shame caused their eyes to immediately be opened to the world (Gen. 3:7). Their eyes saw that they were naked (Gen. 3:7). However, in the second point we learn that Christians have an opportunity to relate to God when feeling shame from sin.

Second, By Confessing Sin, not Covering Sin Up. At this point, Adam and Eve had a decision to make. They could either confess their sin to God or cover it up. If they confess their sin they will immediately feel restoration. However, they chose the latter and began to cover their sin with clothing (Gen. 3:7). Instead of acknowledging their sin to God (Psalm 32:5; 51:4), they tried to keep it secret. Sin is one thing in our life that we should always confess to God. In fact, God is omniscient (all-knowing) and knows the hearts of man (Mt. 9:4; Rom. 8:27-29). When Christians keep their sin secret, it is denying the omniscience of God. At this point, Adam and Eve are left to improvise with creation to cover up their relationship with God. They knew something was wrong. They hid themselves (Gen. 3:8) and showed their un-spiritual nature in response to sin, which was a childish withdrawal from the Creator and Helper. Believer, don’t cover up your sin; confess it and expose it.

Third, See How God Responds to Sin. God says, “where are you” (Gen. 3:9)? God was not wondering intellectually as if He was void of knowing exactly where they were. However, God poses the question graciously in a way to fish for Adam & Eve. God wants Adam & Eve to understand the result of sin. Thus, God asks of Adam and Eve, “where are you.” He uses the interrogative adverb, where (איכה), which addresses Adam and Eve’s purpose for not being in His presence. The Garden of Eden was created for Adam and Eve, who were created in the Image of God, to be in communion with God. The garden was not a place to cover themselves and hide. Sin had caused Adam and Eve to deviate from the intended design of creation and communion with God.

However, we see the grace of God in being mindful of man (Psalm 8:4). God never hides from us when we hide from Him. In fact, God is always ready to forgive a person who is willing to confess their sin. There are even occasions when God chased after sinners, even though they didn’t deserve it (i.e. Job, Paul), indicating uniquely whom He chooses. We must fight against our nature to suppress God´s knowledge of our sins, even though our sin against God is evident (Rom. 1:18-19). We must fight the presumptuous temptation to think God will search for us without our synergistic participation in the sanctification process. The Prodigal Son returned in repentance of his ways and so should we (Luke 15:18-21). We must find God in a time when he may be graciously found (Ps. 32:6). One thing is for sure, if you go to God in confession, he responds graciously and restores you of your guilt (Psalm 32:5; 1 John 1:9).

Fourth, Don’t Blame Others for Sin. Sin can make us want to blame others for our actions. Have you ever heard someone say ‘it was his/her fault’ or ‘the devil made me do it’? In fact, that is exactly what Eve said, ‘the serpent deceived me, and I ate’ (Gen. 3:13). Adam wasn’t any better and blamed Eve for giving him the fruit (Gen. 3:12). Regardless, we are to take the blame for ourselves. James speaks to this when he says:

“Let no one say when he is tempted, “I am being tempted by God”; for God cannot be tempted by evil, and He Himself does not tempt anyone. But each one is tempted when he is carried away and enticed by his own lust.”

Christian, when sinning, fight the temptation to blame others and just ‘take it on the chin.’

Fifth, Avoid Furthering God-Given Consequences from Sinning. Sin does not occur without consequences. The more we sin the more consequences we face. An avid student of the Old Testament (OT) will notice the blessings that followed obedient Israel and the cursing’s that followed Israel when they sinned (Dt. 28). Our sin may even have consequences to those around us. God tells Adam and Eve that many curses will be upon them and all humanity. God tells Eve that woman will have increased pain in child-bearing (Gen. 3:16) and the husband will rule over them (Gen. 3:16). God also tells Adam that man will toil over their food (Gen. 3:17), man will have trouble cultivating the land of thorns and thistles (Gen. 3:18), man will eat the plants (Gen. 3:18), and eat bread by the sweat of His brow (Gen. 3:19), and will return to dust (Gen. 3:19). This is a lot of consequences, but all sin has its consequences.

The Bible teaches that some sins are more intense in consequence than others. Adam and Eve’s sin caused all of mankind to suffer from God’s perfect communion. The laws against sin in Leviticus seem to give directions for unwittingly committed sins (Lev. 4) versus high-handed or willful sins (Num. 15:30). The Bible teaches that all sin’s are offensive to God because they become an assault on God directly, by implication of our created image in Him.[1] In the OT, Leviticus prescribes cleansing and atonement practices for many sin’s that would not be considered morally culpable; these sin’s would have been likely to weaken the relationship with God, thus needed cleansing.[2] Thank God that we don’t have to quarantine or sacrifice anymore for sins. Thank God for Jesus paying the penalty on the Cross. Even though no Christian thinks ‘I’ll thank God today by increasing the consequences of my sin’, we do increase the consequences when we continue on in sin. Which is why Christians must fight sin and the increasing consequences of sin in their lives by preventing the pattern of past sins.

It’s obvious that the original sin of Adam and Eve impacted man’s relationship with God. Man must continue to fight against sin and use their relationship with God to cultivate relational intimacy (renewed communion). Adam and Eve were once in perfect union with God, yet God drove them out of the Garden with direction and guidance (Gen. 3:24). Ever since the Garden of Eden mankind has been trying to restore perfect communion with God the Father. Although perfection is not possible, we can have increased fellowship with God through fighting Sin.

We fight sin because we realize that sin changed the perfect image that Adam and Eve shared with God, perverting our image, but not entirely erasing our image. Through our relationship with God, our image progressively becomes renewed and eventually restored in Heaven. That is why Paul tells us to fight and:

“put on the new self who is being renewed to a true knowledge according to the image of the One who created him-a renewal in which there is no distinction between Greek and Jew, circumcised and uncircumcised, barbarian, Scythian, slave and freeman, but Christ is all, and in all”

We will always fight sin. Ever since the perversion of our self-image from the fall, we have struggled with either viewing our ability to fight sin as too great or too little.[3] Christians often think too highly of themselves and in doing so fall out of balance. We must continue to progressively renew our self-image through the renewal of God’s Spirit by renouncing our high view of fighting sin (pride) with humility (Rom. 12:3; Phil. 2:3) and renouncing our low view of self-image by seeing our newness in Christ; this is how we progressively deliver our image from the pollution of sin and become more like Christ.[4] I hope you take these 5 tips to guide you to Fight Sin With God, and not fight against God.

David J. Lupinetti is the Associate Pastor at San Tan Bible Church in Arizona. He has a passion for Expository Preaching, Biblical Counseling, Discipleship, and Evangelism.