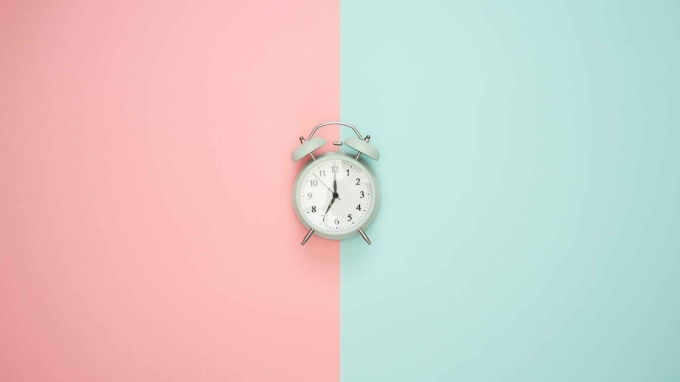 God could just say a word and everything would change. Isn’t God sovereign and all powerful to do everything He wishes? So why do I have to wait? Why do I have to go through all these periods of waiting and counting down the days? Why do things not work according to my time?

I feel silly thinking that I could even have a chance to plan something better than what God planned for me. Because the truth is, even in the middle of all the waiting and feeling like I’m just watching days go by and wasting my time, God is still sovereign and all powerful to do everything He wishes. So perhaps that is exactly what God wishes for me. And just like a child that doesn’t want to wait for dinner time to eat and wants to eat on their own time, I want things on my own time too.

I have to remind myself from time to time that I know God’s in control of my life and even when things look so frozen and stuck, there’s always something I can learn. God is not dependent on time:

“For a thousand years in your sight are but as yesterday when it is past, or as a watch in the night.”

but He absolutely knows we are. That’s how He designed us! But there’s something about the waiting and being stuck in the time of the clock that doesn’t necessarily change the situation around us, but changes us. And if we look at the Bible, God loves to use these waiting periods to teach us, grow us, mature us, and perhaps prepare (James 1:3-5) us for something much bigger than we can ever dare to imagine.

Look at the life of Joseph. Joseph was hated by his brothers who sold him to the Midianites for twenty shekels of silver. The Midianites sold him in Egypt to Potiphar, an officer of Pharaoh, the captain of the guard. But Joseph was a man of God and God made him succeed in everything he did.

The bible also says that Joseph was handsome in form and appearance (Gen. 39:6). His master’s wife started to tempt him and literally throw herself on him.

Day after day she tried to sleep with him, but he refused every single time. At one time she caught him by his garments and he had to run naked from that situation. After she realized she had no chance with Joseph, she lied to her husband and told him that Joseph was the wrong one.

Potiphar believed his wife and sent Joseph to prison. He spent years in prison, just so God could bring him out of there and make him governor over all Egypt. The story goes on and at the end, Joseph is reunited with his family and gives the best testimony he could give:

“As for you, you meant evil against me, but God meant it for good, to bring it about that many people should be kept alive, as they are today. “

Joseph trusted God and His perfect plan for him. Even in the waiting, he was still faithful, and God rewarded him.

Now look at Abraham and Sara, who chose to not trust in God and instead, tried to “help” God their own way. God promised Abraham that Sara would have a son. And not only that, from him would come nations and kings.

“Look toward heaven, and number the stars, if you are able to number them.” Then he said to him, “So shall your offspring be.”

But as time went by and Sara did not get pregnant, they decided to “solve” that problem their own way. Sara offered Hagar, her servant, to sleep with her husband Abraham so they could have a child. But that was not what God had promised to Abraham. God told Abraham that his son would come from Sara, his wife. Not Hagar.

“Then Abraham fell on his face and laughed and said to himself, “Shall a child be born to a man who is a hundred years old? Shall Sarah, who is ninety years old, bear a child?” And Abraham said to God, “Oh that Ishmael might live before you!” God said, “No, but Sarah your wife shall bear you a son, and you shall call his name Isaac. I will establish my covenant with him as an everlasting covenant for his offspring after him. As for Ishmael, I have heard you; behold, I have blessed him and will make him fruitful and multiply him greatly. He shall father twelve princes, and I will make him into a great nation. But I will establish my covenant with Isaac, whom Sarah shall bear to you at this time next year.”

God was faithful to Abraham and Sara even when they didn’t trust completely in Him. But because they didn’t want to wait for God’s time and instead tried to follow their own time, they had to face the consequences.

Yes, God could just say a word and everything would change, but most of the time that’s not the approach God tends to use. The logic is simple, things will last as long as God wants them to last. And God is not stuck in the time of the clock as we are. So be patient and trust in God.

“He has made everything beautiful in its time.”

Ana Luiza Lupinetti is passionate about helping and serving people. As a pastor’s daughter and a pastor’s wife, she loves using her gifts and talents to help ministries succeed.